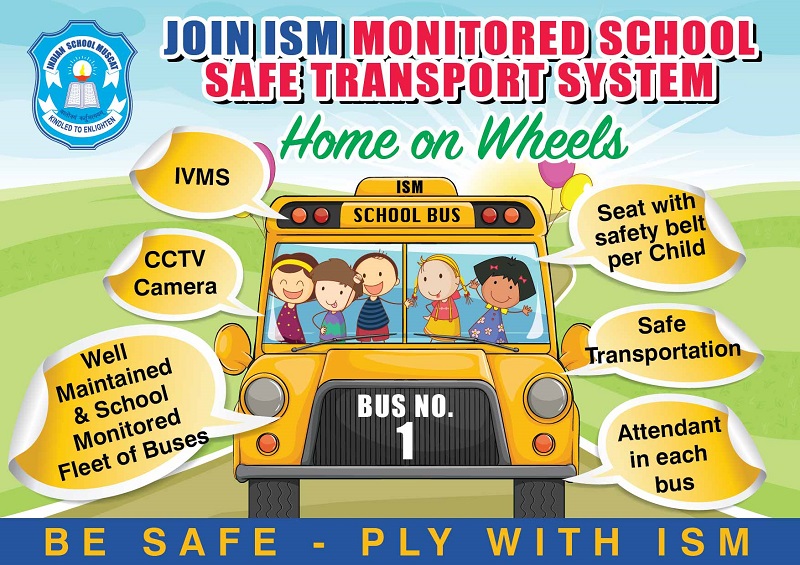 ISM Safe Transport is a School Monitored Transport System, which is an initiative taken by the Board of Directors to ensure the Safety of students in the Indian Schools in Oman. It is a 'dream come true project'.
This is a Joint venture of Parents, Teachers, Transporters and Task Force, supported by School Administration and School Management Committee (SMC). The background work to implement Safe Transport in ISM started in September, 2015 with the support of a dedicated Core Team, comprising of members of BOD, SMC, Teachers, Parents and representatives of Safe Transport Team from other Indian Schools, who shared their expertise to lay a strong foundation at ISM.
On 8 January 2017, ISM Safe Transport rolled on its wheels for the first time on 9 Routes. Later, in April, 2017 with the commencement of the new academic session, there were 19 routes and 2 more were added in August, 2017 due to the popular demand. In 2018, when the new academic session started, ISM Safe Transport system expanded with 32 routes.
Our Aim is to extend the Safe Transport to larger areas, reaching out to more students and thus to reduce the traffic strain in and around Darsait.
We provide a safe and secure, enjoyable and comfortable travel for our students.
Go ahead and opt for ISM Safe Transport.