August 15, 1975- A star was born. Since then, Indian School Muscat has lit up the educational sky in the Sultanate of Oman. ISM (as she is known) is synonymous with EXCELLENCE. From the very outset, the unique nature of this school was known all over. The aim of ISM as a community school is to provide quality education to the Indian children in the capital region.

It was the zeal, enthusiasm and confidence of the pioneers that made ISM a living breathing reality.

When 135 students and 7 teachers entered a small, two - storey rented building close to the American Embassy in the walled city of Muscat, a long cherished dream became a reality. It was the zeal, enthusiasm and confidence of the pioneers that made ISM a living breathing reality. The vision belonged to the Indian community led by His Excellency, the late Nirmaljit Singh, the then Ambassador of India to the Sultanate of Oman, the first patron of the school and by Shri Kanaksi Gokaldas Khimji, the doyen of the Indian Community in the Sultanate, the first President of the Management Committee. 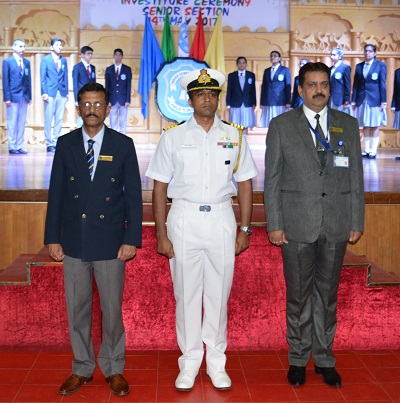 The school owes its current status and stature to the magnificent benevolence of His Majesty Sultan Qaboos Bin Said Al Said. He has bestowed his grace in many forms on this august institution. Thousands of students who passed through the portals of the school in the past 37 years will eternally be grateful for quality education made possible by this noble gesture of His Majesty and his wise Government. The school has developed into a premier institution in the Middle East and currently has 8500 plus students on its rolls offering education right from Kindergarten to Class XII, affiliated with India’s CBSE system of schooling.

To Ms. Zelia D'souza went the honour of being the first Principal. Mr. Leo Lobo, Mr. Y.P. Bharadwaj, Mr. M.M. Joshi, Mr Ainsley L. Edgar, Mr. Achuthan Madhav ,Mr.Srinivas K. Naidu helped the school grow from strength to strength. ISM is more than just a premier educational institution. It is a community linch - pin one that shares a special bond with a big cross section of people. The school undertakes responsibility and intiatives built around a concept of all- round education. One such initiative is the Centre of Special Education catering to children with special needs, overcoming autism, dyslexia and such other challenges in life.

Thousands of students who have passed out from school bear testimony to the dedication of the teaching community of the school in various fields of Arts, Sciences, Engineering, Medicine, Architecture , Sports , and other such vocations. Hundreds of alumni have passed through prestigious world ranking institutions like the Massachusetts Institute of Technology and alike over these decades and have carved a niche for themselves in life. Among the school alumni, there are many award winners ranging from Ful bright Platinum Scholarship holders in Academics to French, Wimbledon U.S. Open Tennis Championships in the realm of sports. The school community is justifiably proud of them.

The school rededicates itself to further the cause of all round education by constantly upgrading its teaching methods. Digital teaching has been introduced in the year 2005 to add to computer based education from Kindergarten to Class XII. Most of the classrooms are equipped with Smart boards and hence, they are fully equipped to meet the challenges of the technological age.